The suspension announcement follows an investigation into politicians offering their services for cash. The sting was conducted by Channel Four and it found two former Foreign Secretaries who were prepared to accept money, the other was Jack Straw. Straw, unlike Rifkind, immediately resigned the party whip whilst investigations continue with both politicians denying the charges.

Rifkind claimed that he was self-employed and wasn’t paid by anyone although he is still an MP and claims the full salary. Defending his business activities on BBC Radio 4’s Today Programme he said:

“If you are trying to attract people of a business or a professional background to serve in the House of Commons, and if they are not ministers, it is quite unrealistic to believe they will go through their parliamentary career being able to simply accept a salary of £60,000. That sounds a lot to a lot of people earning less than that but the vast majority of people from a business or professional background earn far, far more than that. If they are told they have to choose one or the other they just won’t come to the House of Commons at all and Parliament will lose their skills.”

A statue to commemorate Mahatma Gandhi is to be unveiled in London on 14 March 2015. The statue is located at Parliament Square opposite the Houses of Parliament and was funded by over £1 million of donations.

“Mahatma Gandhi is an inspiration. His approach of non-violence will resonate forever as a positive legacy – not just for the UK and India, but the world over. He was a man of great insight and many of his observations remain as fresh and relevant today as when he first made them – that we should be the change we wish to see in the world is timeless advice, well worth following. The statue in Parliament Square not only marks his huge importance in the history of both our countries, but will enrich the firm bond of friendship between the world’s oldest democracy and its largest.

Our ties with India have remained close throughout history and continue to go from strength to strength – through mutual respect as equals, through cooperation, trade, and of course through the one-and-a-half million Indian diaspora living in Britain today who bring our two nations closer, to the benefit of both.”

Further information about the fund raising is available at https://www.gandhistatue.org/ .

Brentwood Borough Council has admitted that its Chief Executive is living in Cyprus. Jo-Anne Ireland is paid £105,000 a year despite permanently moving overseas in December 2014.

The Brentwood Gazette quoted Louise McKinlay, the leader of the Conservative group, as saying “the section 151 officer is a statutory role and it is statutory role for a reason because it is so important. The person who holds that office is responsible for all the finances of the council” but Barry Aspinell, the Liberal Democrat leader of the council, rejected this “she can do her role of section 151 officer from the top of Mount Everest“.

The council also confirmed that Jo-Anne Ireland was taking on the role of Chief Executive temporarily due to potential changes to the structure of the council but that she was not prepared to live locally for the length of her temporary role. Ireland was formerly the Chief Financial Officer of Bolsover District Council before moving to take over a similar role at Brentwood Borough Council.

The NHS regulator, Monitor, has said that the debt of NHS Foundation Trusts has increased to £321 million which is five times higher than was planned.

The report also found that the target for making efficiency savings wasn’t substantially short, £210 million short of the target of £1.2 billion. The Foundation Trusts also spent £419 million more than expected on contract and agency staff due to staff recruitment issues.

The report looked at the figures provided by 149 Foundation Trusts in England. The Government said that it was committed to increasing funding to the NHS and that efforts needed to be made to cut the cost of contract and agency staff.

Baroness Anelay, a Minister of State at the Foreign and Commonwealth Office, has condemned an attack on a Mogadishu hotel which took place earlier today. At least fifteen people were killed in the bomb attack including two Members of Parliament and a Deputy Mayor.

Baroness Anelay said in a statement:

“I am appalled by today’s attack in Mogadishu on members of the Somali Government and Parliament, which has also caused deaths and injuries to a number of security personnel and civilians. My thoughts are with the families and friends of all the victims.

The terrorists who carried out this senseless attack have no role in Somalia’s future and will never achieve their objectives. No terrorist attack can derail the process to bring greater peace and stability to Somalia. We continue to stand in solidarity with the Somali people.” 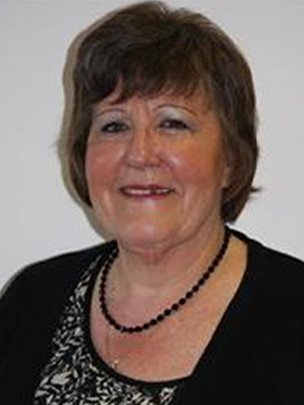 David Cameron, the Prime Minister, has condemned ISIS after the United States confirmed that Kayla Mueller has died. In a statement David Cameron said:

“I am deeply saddened to hear of the death of US aid worker Kayla Mueller and my thoughts are with her friends and family as they deal with this awful news.

Let me be clear – those responsible for her death are the terrorists that kidnapped Ms Mueller, and who held her against her will ever since. Kayla travelled to the region to help men, women and children forced to flee their homes, and her death demonstrates yet again the indiscriminate brutality of ISIL. We will work with coalition partners to ensure her murderers face justice, however long it takes.

The truth is that ISIL are under increasing pressure from the coalition of over 60 nations, including those with large Muslim communities, who are giving help and support to local forces to take back territory in Iraq and Syria. Despite its attempt to break this effort, ISIL’s depravity has only strengthened the international coalition against them.”

The HSBC bank has said that it will co-operate with an investigation after allegations that it helped some of its wealthy clients illegally evade UK tax by using Swiss bank accounts. The information has come from a whistle-blower within the bank who leaked data relating to 2007.

In a statement the HSBC said that:

Although there are numerous legitimate reasons to have a Swiss bank account, in some cases individuals took advantage of bank secrecy to hold undeclared accounts. This resulted in private banks, including HSBC’s Swiss private bank, having a number of clients that may not have been fully compliant with their applicable tax obligations. We acknowledge and are accountable for past compliance and control failures.”

David Gauke, the Financial Secretary to the Treasury, said that “There are clearly questions that need to be answered about what happened at HSBC between 2005 and 2007” after Labour accused the Government of not doing enough to tackle those individuals who had evaded tax.

Sarah Champion, the Labour MP for Rotherham, has removed a Twitter post after initially refusing to do so. The MP called it “hilarious” when Nigel Farage, the leader of UKIP, was trapped inside a shop whilst discussing the child abuse scandal in the constituency.

The tweet read “Hilarious Farage is trapped inside the Rotherham UKIP shop by people objecting to him coming to rubber neck at victims!”. Champion defended her position in a BBC interview with Andrew Neil and later refused to remove the post.

A spokesman for Nigel Farage said that it was “utter nonsense” and that he was never trapped inside the building. Champion has since deleted the tweet.